CT COLT is pleased to offer six workshops for our third CT COLT Professional Learning Series. Each session in this professional learning series will begin with thirty minutes of a live presentation, which will be recorded and available afterwards, followed by an opportunity to connect, network, and chat with other language teachers in small groups. There are five sessions in this series, each with a different presenter and topic, offered from 4:30 p.m. - 5:30 p.m. on Thursdays:  September 22, December 8, January 12, March 16, May 11. Cost is free for CT COLT Members and $10 for non-CT COLT members, unless noted otherwise.

Our first workshop in our Reconnecting to people, practice and purpose: CT COLT Professional Learning Series is: Diversity, Equity, Inclusion, and Belonging in the Language Classroom presented by Yensen Sierra Lambert on Thursday, September 22 from 4:30-5:30 p.m. The workshop will begin with thirty minutes of live presentation, which will be recorded and available afterwards. Following Yensen’s address, there will be an opportunity to connect, network, and chat with other language teachers in small groups. 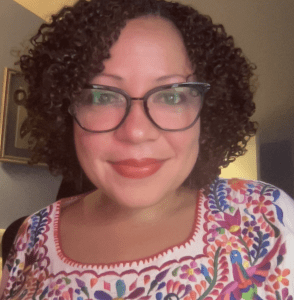 Yensen Sierra Lambert was born in The Dominican Republic and moved to New Jersey with her family as a child. She attended Rutgers University, New Brunswick, where she graduated with a BA in International Studies and Spanish. Yensen's twenty-two-year-old teaching career began in New York City public schools where she taught middle school Spanish. During her time in NYC, she attended Hunter College, where she obtained a Master's Degree in Romance Languages. After NYC, she taught in Florida and Georgia, where she served as department chair of an international boarding school. Over the last twelve years, Yensen has taught every level of Spanish, including AP Spanish Language and AP Spanish Literature. She has also served as an AP Reader, and a College Board Consultant, and has been recently appointed to the AP Spanish Language Development Committee. In addition to her teaching experience, Yensen is a published author of AP prep book and is currently working on the teachers' edition of a proficiency-based Spanish book series. In addition to teaching, she enjoys reading, running, and weekly trivia nights with colleagues.

Our second workshop in our Reconnecting to people, practice and purpose: CT COLT Professional Learning Series is: My name has an accent mark, and so do I: Understanding and empowering our Heritage Language Learners presented by Dr. Celia Chomón Zamora on Thursday, December 8, from 4:30-5:30 p.m. The workshop will begin with thirty minutes of live presentation, which will be recorded and available afterwards. Following Dr. Zamora’s address, there will be an opportunity to connect, network, and chat with other language teachers in small groups. 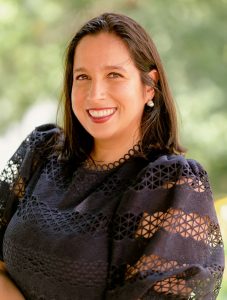 Dr. Celia Chomón Zamora currently serves as ACTFL’s Director of Professional Learning and Certification. Dr. Zamora has served the language education community since 2005, where she has worked as a K-12 language teacher and administrator in public and private school settings, a postsecondary language program instructor, assistant director, Quality Assurance Senior

Manager, and researcher. The daughter of first-generation immigrants from Venezuela and Cuba, Dr. Zamora is a passionate advocate of heritage language learners. She currently serves as a scholar for the Diversity Executive Leadership Program (DELP). Dr. Zamora completed her doctoral degree in Spanish Applied Linguistics from Georgetown University, where she was awarded the Harold N. Glassman Distinguished Dissertation Award in the social sciences. At ACTFL, she is currently focusing on providing a platform to amplify the voices of underrepresented language learning communities, developing resources and communities of support for less commonly taught and Indigenous languages, and continuing to advocate and support heritage language learners and teachers.